I just returned from a major ADHD Conference that was held in San Francisco, CA. One of the most prominent ADHD organizations is CHADD which stands for Children and Adults with AD/HD. They have been at the forefront in educating children, parents, educators, physicians, nurse practitioners, therapists and others about ADHD. This was their 25th year and if you haven’t heard of them please go check them out at www.chadd.org

Another resource that you might wish to check out is ADDitude magazine which is dedicated to sharing information on a monthly basis for the ADHD community. To learn more about them go to www.additudemag.com

On the ADDitude website, I found the 7 myths about AD/HD that I wanted to share with you.

AD/HD has been recognized as a legitimate diagnosis by major medical,psychological, and educational organizations, including the National Institutes of Health and the U.S. Department of Education. The
American Psychiatric Society recognizes AD/HD as a medical disorder in its Diagnostic and Statistical Manual of Mental Disorders—the official mental health “bible” used by psychologists, psych nurse practitioners, and psychiatrists.
ADHD (also known as attention deficit disorder) is biologically based. Research shows that it’s a
result of an imbalance of chemical messengers, or neurotransmitters, within the brain. Its primary symptoms are inattention, impulsiveness, and, sometimes, hyperactivity. People with AD/HD typically have a great deal of difficulty with aspects of daily life, including time management and organizational skills

Myth #2) Children who are given special accommodations because of their AD/HD are getting an unfair advantage.

The federal Individuals with Disabilities Education Act (IDEA) requires that public schools address the special needs of all children with disabilities, including children with AD/HD. Special accommodations, such as extra time on tests, simply level the playing field so that kids with AD/HD can learn as successfully as their non-AD/HD classmates.

More than 70 percent of the individuals who have AD/HD in childhood continue to have it in adolescence. Up to 50 percent will continue to have it in adulthood.
Although it’s been estimated that 6 percent of the adult population has AD/HD, the majority of those adults remain undiagnosed, and only one in four of them seek treatment. Yet, without help, adults with AD/HD are highly vulnerable to depression, anxiety, and substance abuse. They often experience career
difficulties, legal and financial problems, and troubled personal relationships.

Girls are just as likely to have AD/HD as are boys, and gender makes no difference in the symptoms
caused by the disorder. But because this myth persists, boys are more likely to be diagnosed than girls.

Myth #5) AD/HD is the result of bad parenting.

When a child with AD/HD blurts things out or gets out of his seat in class, it’s not because he hasn’t been taught that these behaviors are wrong. It’s because he cannot control his impulses. The problem is rooted in brain chemistry, not discipline. In fact, overly strict parenting—which may involve punishing a child for things he can’t control—can actually make AD/HD symptoms worse. Professional interventions,
such as drug therapy, psychotherapy, and behavior modification therapy, are usually required.

Myth #6) Children who take AD/HD medication are more likely to abuse drugs when they become teenagers.

Actually, it’s just the opposite. Having untreated AD/HD increases the risk that an individual will abuse drugs or alcohol. Appropriate treatment reduces this risk. The medications used to treat AD/HD have been proven safe and effective over more than 50 years of use. These drugs don’t cure AD/HD, but they are highly effective at easing symptoms of the disorder. The drugs do not turn kids into addicts or “zombies.”

Myth #7) People who have AD/HD are stupid or lazy—they never amount to anything.

Many well-known, high-achieving individuals have AD/HD, including top executives such as David Neeleman, founder of JetBlue Airways. Other high-achieving people with AD/HD include Terry Bradshaw (quarterback, Super Bowl winner, and NFL commentator), Roxy Olin (actress on MTV’s “The City” and “The Hills”), Howie
Mandel (host of “Deal or No Deal”), Katherine Ellison (Pulitzer Prize winner and author), and Michael Phelps (swimmer and holder of 18 career Olympic gold medals, the most by any Olympian).

I will be posting more topics, information and will also answer your questions.
As always, if you, a loved one or someone you know, thinks they might have ADHD or ADD, please have them consult with an AD/HD specialist. I welcome your comments, questions, and feedback.

Info and resources for ADHD (attention deficit hyperactivity disorder) and other mental health disorders such as anxiety and depression in Portland, OR. 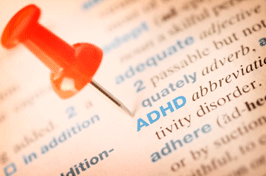